Luka Petrović was born on 18 October 1973 in Trebinje, where he finished elementary and secondary school. He entered the Army of the Republic of Srpska on June 1st 1992, shortly before he reached the age of 19. After obtaining consent of the Ministry of Defense at the end of 1993, he enrolls in the Faculty of Mechanical Engineering at the University of Belgrade.

He completes graduate and postgraduate studies within the regular term with a high GPA. Employed at the Faculty of Production and Management in Trebinje, where he has been working as assistant for seven years on the mechanical engineering subjects.

As a young and perspective engineer, he starts working in Hydro power plants on the Trebišnjica river where he assumes the function of Head of Technical sector, and then Head of Sector for investments.

In the general elections of 2014 he was elected a Member of Parliament of the RS.

In the municipal elections of 2016 he was elected the mayor of the city of Trebinje.

He was appointed acting General Director of ERS on 16 November 2018.

Along with aforementioned activities, he volunteers for various institutions, organizations and sports clubs and with his experience and unselfish efforts supports their work. 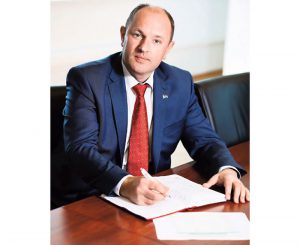