Mrs. Nada Trninić was born on 29 May 1965 in Banjaluka. She graduated from the Faculty of Economics at the University of Banjaluka, and received her Master’s degree from the same Faculty in 2008.

She participated in the drafting of a set of laws (Law on Treasury, Law on Budget System of RS, Law on Budget Implementation of RS, Law on Internal Debt etc.), as well as in the introduction of treasury business in the Republic of Srpska. She is one of the authors of the book “VAT in Application”.

She was appointed to the position of Executive Manager of Economic and Financial Affairs on 28 February 2022.

She is married, mother of two children. 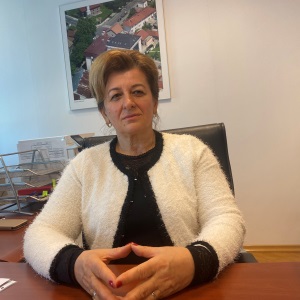