Jovica Vlatković was born on 30 January 1971 in Trebinje, where he finished his primary and
secondary education.

Afterwards, he entered the Faculty of Foreign Trade in Dubrovnik, but
interrupted the studies due to the war and joined the army.

He successfully graduated from the Faculty for Management in Belgrade in 2009.

He received his master’s degree in 2015 at the Modern Business School in Belgrade.

His organizational capacities and managerial skills are recognized in “Radović Company”,
where he gained his first work experience as a Manager of Commercial Affairs.

In 2010, he was employed by “Euroherc” insurance company, where he performed a number of responsible jobs, and in the period from 2015 to 2020 he was a Manager of the EAST Sector.

On 18 May 2020 he was appointed to the position Executive Manager of Investments and
Development of MH “ERS”, Parent joint-stock company Trebinje.

Along with above mentioned activities, he volunteers in various institutions, organizations,
among others in the Association of Managers of Serbia.

He is married and has two children. 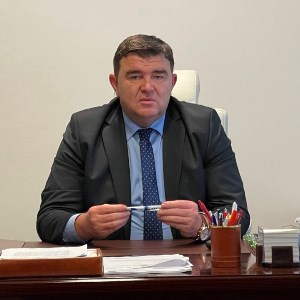