Born on 30 January 1954 in Sarajevo. He finished elementary and High school in Trebinje. He graduated from the Faculty of Electrical Engineering in Sarajevo, Course Electrical engineering. He worked in Sarajevo until 1986. Most of his working life he spent in ZP Hydro Power Plants on the Trebišnjica river working as Head of Technical department in the Directorate for production and technical affairs. In 2018 appointed as Executive director for technical affairs in MH Elektoprivreda RS Parent joint-stock company Trebinje.
He speaks English.
Participated in the Bosnian war, the first category fighter.
Socially and politically active most of his life.
President of Handball team Leotar Trebinje.
Delegate in the City Assembly of Trebinje. 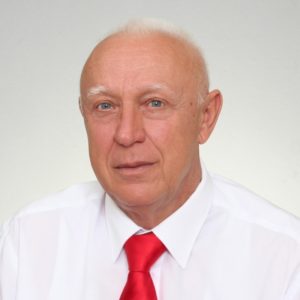