In the municipality of Berkovići, at the location of the Hrgud mountain, MH Elektroprivreda Republike Srpske MP joint-stock company Trebinje, with the help of a consulting company, conducted one-year testing of wind potential, based on which a detailed Feasibility Study for the construction of WF “Hrgud” was developed, with an installed capacity of 48 MW and the mean annual generation of about 126 GWh.

The Hrgud location is in the southern part of Bosnia and Herzegovina, in the region of Herzegovina (the Republic of Srpska entity), 50 km north of Trebinje and about 30 km south of Mostar.

On the basis of one-year testing, it was determined that the mean annual wind velocity ranges between 6.1-8.1 m/s at the observed location of the wind turbines, at the height of 79.5 m.

The Hrgud location is in the area of mountains on the land allocated for agriculture and livestock, as well as on forest land. The site is not located within a nature reserve or a protected nature area.

Based on the conditions of the location and the Feasibility Study, 16 wind turbines are planned to be installed. The following three types of wind turbines are considered in the study, which are available on the market.

The electric components necessary for collection of energy and connection of the WF Hrgud project to the Berkovići substation are:

Each wind turbine shall have a nominal power of 3 MW and shall produce energy at a low voltage level of 1 kV. The 35 kV Berkovići substation shall be connected to the state grid by a high voltage line (110 kV line, but it currently operates at level of 35 kV). This substation has to be upgraded or a new substation has to be built in order to receive the energy produced in the Hrgud wind farm.

Based on conducted projections for the environmental protection, no ecological factors were identified that could endanger the further development of the wind farm project at the Hrgud site.

During the realization of the WF Hrgud project, the road infrastructure and water supply of the village Hrgud shall be solved, which will greatly improve the living conditions in this part of Berkovići. The total length of the newly built roads leading up to the site is about 6.5 km, while the reconstruction of existing roads is estimated to be about 4.6 km in length. New/reconstructed roads shall be the gravel/macadam-type.

The planned investment for the construction of WF Hrgud is about EUR 64.28 million. 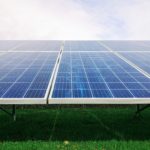